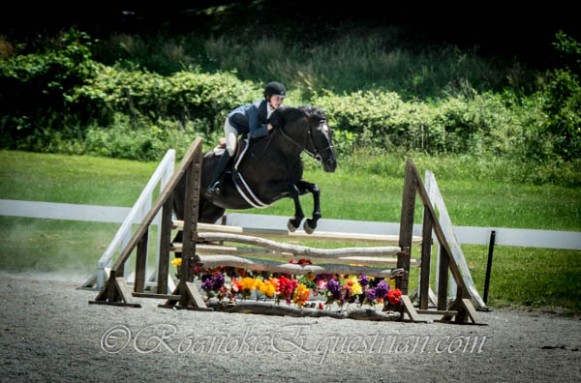 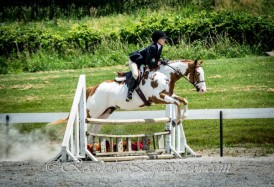 The Cross View Horse Show series kicked off on Saturday, May 20, 2017, at Green Hill Park Equestrian Center in Salem, Virginia, with hunter/jumper classes before shifting into their open show on Sunday. Saturday saw a good turnout with classes varying in size from just a few riders to numbers reaching into the teens. While the youth divisions are strong, the show still lacks good numbers in the adult divisions. 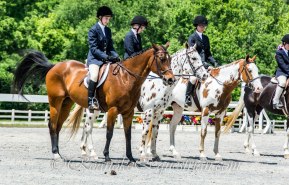 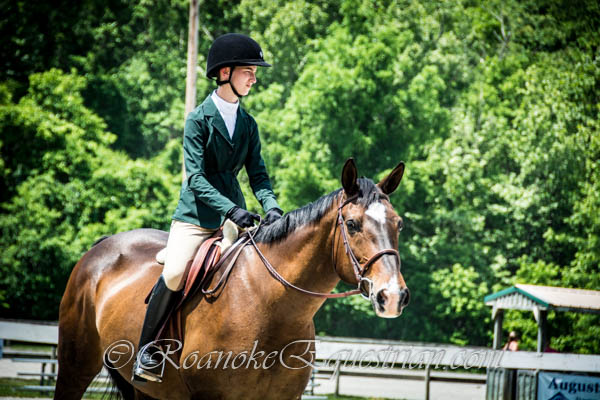 A variety of classes both over fences and on the flat were held. The day was hot for May and felt more like midsummer than spring, complete with late afternoon thunderstorms rolling in and causing the show to break until they rolled past. Meanwhile, Sunday’s show would be much cooler, with the rain holding off until near the end of the show.

Cross View’s shows feature great prizes, with embroidered chairs going to the high point champions. The atmosphere is professional, yet relaxed. The jumper and hunter rings are separate and the show runs along at a decent clip with two divisions running at the same time. This also leaves the largest arena open for schooling, as well as plenty of space behind the trailers for riding. The show is a great place to take green horses for schooling or young riders for experience. And the great prizes and fun atmosphere makes is an enjoyable show for more experienced teams as well. 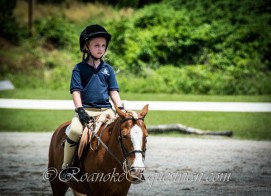 While Green Hill Park has been trying to raise funds to upgrade the arenas, the hunter ring (Arena 2) still appeared to be a bit hard with course crushed stone for footing. That arena was regraded last fall and now sports temporary fencing that some may recognize from the Roanoke Valley Horse Show in Salem.