The New London Horse Show held its final show of its 2016 series on Oct. 22 at Coyote Crossing Cattle Company in Bedford County.

The October show was on a beautiful, sunny fall day, except for the unrelenting winds that blew hair bows, arena dust, and anything else not weighed down. Cattle Crossing Cattle Company has a nice, spacious arena with deep footing. The arena is nice and wide and more square than at most shows. There is also a small warm-up arena as well. 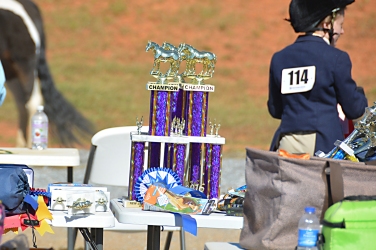 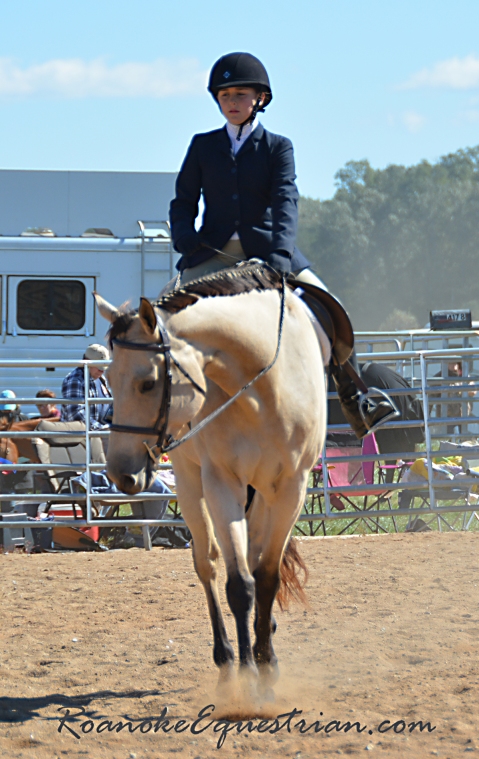 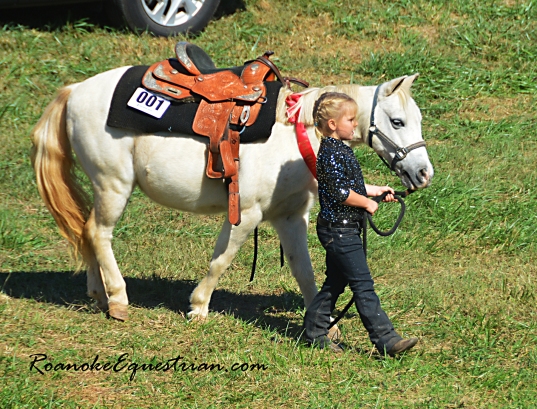 The grounds around the arena is rolling hills and the parking is in surrounding pastures and down the hill from the arena in a field. The parking seemed a little bit tight, often inside fenced areas. Larger rigs that are hoping for a pull-through parking spot won’t want to arrive late on a busy show day and may find the parking a little awkward. There was a little shade, but the area was mostly open fields and likely gets very hot in the summer. There are some covered stalls but reserve early if you want to get one as they are limited.

The show, judged by Wendy Snyder, has a wide variety of classes for English, Western, Minis and more. The classes and competition seemed to be appropriate for various levels including beginners. English classes are scheduled at the beginning of the day before switching to Western in the late afternoon. The show is Blue Ridge Horse Force sanctioned and in 2016 partnered with Sprouse’s Corner Ranch Horse Show series for a circuit championship award in five divisions. The circuit championship prizes were an embroidered jacket and an embroidered cooler for the winning rider/horse combination. Proceeds from the show benefit local organizations. October’s show benefited St. Jude’s Children’s Hospital. 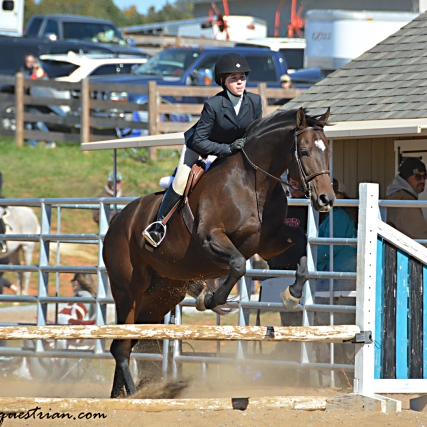 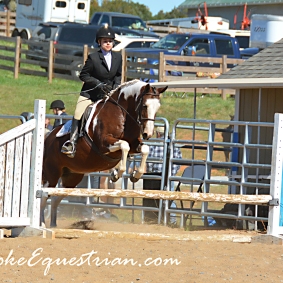 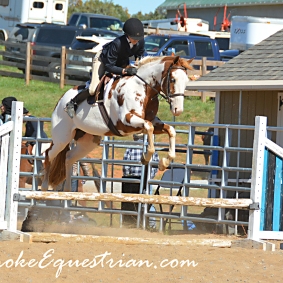