Excitement buzzed in the crisp air as the inaugural Eastern National Championship kicked off March 22, at the Virginia Horse Center in Lexington, Virginia. Designed to bring more top-level opportunities to Paint lovers in different areas of the country, the 2019 Eastern National Championship is already seeing strong turnout and entries; Paint lovers from all walks of life are in attendance, dreaming of good rides and the coveted championship trophies.

Cheyenne Davis of Bedford, Virginia, is one such dreamer, and she spent 10 days prior to the National Championship counting down to the big event on Facebook, reflecting on her progress and memories with Stripes Little Swan, a 2003 bay overo gelding by Jedi Stripe and out of One Black Filly (QH).

“I have a tendency to think about backing out of things, so I thought that a countdown would make me really excited—and not nervous—about being here,” she explained. “Because I am excited to be here! It feels like such a blessing to have this kind of opportunity for ‘Levi.’ ”

Cheyenne’s aunt, Brenda Spencer, purchased Levi at an auction for $900 as a yearling. First intended as a pony horse on the racetrack, Levi instead became a stellar trail-riding mount before spending several years out to pasture; he didn’t begin his transformation into a show horse with Cheyenne until his 9-year-old year.

With hard work, determination and a strong support group cheering on their progress, Cheyenne and Levi soon stepped up to APHA competition, where currently compete in Amateur Walk-Trot all-around events.

“We showed our first Paint show in 2016, and we even won a couple of our classes—I was so excited! I’m just this girl from ‘Nowhere, Virginia,’ with a $900 horse,” Cheyenne laughed. “We won a whopping three APHA points at that first show, and I was so proud; I’m still proud of those points.”

When the Eastern National Championship Show was announced, Cheyenne knew it was a can’t-miss opportunity to show off how far they’ve come.

“I wasn’t planning on coming at first but the more I let it stew, the more something was telling me that I just had to come to this national show,” she said. “My plans are to take him to the APHA World Championship Show someday, but I’m not sure if that will happen; the National Show is my chance to give Levi the opportunity he deserves to do something big. I’m really excited; I’m just so happy to be here.”

With a big pot of gold up for grabs just in time for St. Patrick’s Day weekend, about a dozen horses took to the Coliseum at the Virginia Horse Center on Saturday, March 16, for the 2019 Virginia Maiden — a Western Pleasure class for horses 3 and over who have never been shown.

In a format that is familiar to many who attend the largest of stakes classes such as the World Show, the horses were introduced one by one as they jogged down the center of the arena in front of the judges before the class began.

Vying for a total purse of $33,810, the class was formerly known as the Hylton Maiden Western Pleasure Class and is designed to encourage owners and trainers from pushing their young horses too hard.  The class has been the highest paying Western Pleasure futurities in the nation for the past several years.

The Virginia Horse Council will hold its annual meeting and seminar on March 30 at the Virginia Maryland Regional College of Veterinary Medicine in Blacksburg, Virginia.

Educational sessions will take place throughout the day, beginning at 9 a.m. Cost to attend is $20 for council members and $25 for non-members. Lunch is included.

Sue Fanelli, chairman of the Virginia Horse Council board, will talk about the council’s Cruelty and Abuse Project at 9 a.m. Other topics throughout the day include Equine Cushings Disease, law requirements for horse owners, mud management, veterinarians expectations for standard of care, and a Make a Horseshoe lab. Speakers include Jill Deegan, Dr. Scott Pleasant, Carrie Swanson, and Paul Papadatos.

The day will also include vendors, a silent auction and networking opportunities. For more information, contact info@virginiahorsecouncil.org.

Admission is free and membership in RVHA is not required.

A Fincastle-based farm’s breeding program has been in the national spotlight. Wiloma Plantation  was nominated for the 2018 Breeder of the Year award by the Arabian Professional and Amateur Horseman’s Association.

“We think we have a breeding program that will keep getting better,” David Bandy told the Fincastle Herald recently.

The Bandys have been breeding horses for more than 40 years. The farm normally has three stallions and about 15 to 20 mares. Each year, they raise between five to eight foals. Besides Arabians, the farm also breeds Hackneys and Saddlebreds and outcrosses.

According to the Wiloma Plantation website, their breeding program “is based on a careful blending of Crabbet and Polish Arabians to produce maximum motion at the trot along with extreme length of neck combined with flexion at the poll. In addition, Hackney horse bloodlines through the Halstead and King horses, Hackney Pony blood through Heartland and Dun Haven lines, Dutch Harness Horses from the Ritsma Breeding Program, and Saddlebred horses whose bloodlines trace back to Wing Commander, Sultan’s Santana, and Oman’s Desdemona Denmark are being bred as purebreds, as well as being outcrossed on the Arabian horses. Utilizing these three programs will produce a blend of the best attributes of each breed resulting in the ultimate Half Arabian, as well as great purebred individuals in each breed.”

David and Cindy Bandy bought Wiloma Plantation in 1987. The farm of 130 acres features an 1842 house that is on both the Virginia and National Historic Registry.

David Bandy, a graduate of Virginia Tech, is president of Spectrum Designs,  which offers offering full-service architecture and engineering and is based in Roanoke. He previously served as the president of the Roanoke Valley Horse Show.

Their daughter Rachel, who graduated from Hollins University, has followed in her parents footsteps and is a horse show judge and exhibitor.

The assistant coach teaches riding classes throughout the academic year, but also helps prepare team riders for shows, and assists with the care of the horses and facility as needed.

Additionally, this position works with the Admission and Marketing offices on program recruiting including attending events, facilitating social media outreach, coordinating campus visits for prospective student riders, and helping them through the application, admission, and enrollment processes. The assistant coach also helps in the direction and planning of the summer riding camp.

Hollins University in Roanoke is one of the nation’s strongest equestrian schools.

Think you might have what it takes? Hollins University says successful applicants must have a bachelor’s degree in education, equine science, or a related field; a minimum of three years of successful experience with the United States Equestrian Federation (USEF) and collegiate competitive equestrian teaching/coaching at all levels; understanding and working knowledge of ODAC, IHSA (Intercollegiate Horse Show Association), SWVHJA (Southwest Virginia Hunter/Jumper Association), and other equestrian organizations and their rules and policies; understanding and working knowledge of horse health; Microsoft Office proficiency; and a valid U.S. driver’s license with minimal violations.

Applicants must also have abilities to work well with student, campus, alumnae, and equestrian organization constituencies; work independently and as part of a team; and drivea horse trailer. Must also be able and willing to travel by air and ground and to work evenings and weekends. Applicants with experience in collegiate admission or marketing and those with knowledge of the Hollins riding program are preferred. Final candidates will be subject to criminal history and motor vehicle background checks.

Qualified candidates should submit a cover letter, resume, salary requirement, and contact information for three references to hollinshr@hollins.edu. Review of applications will begin immediately and will continue until the position is filled. 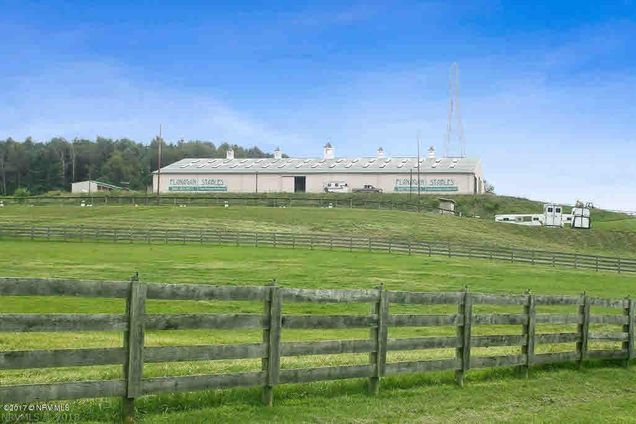 Flanagan Stables, a premier dressage stable near Christiansburg, Virginia, has closed its doors. Flanagan Stables offered many shows, clinics, lessons and more through the years.

Instructor Lynn M. Jendrowski said she is moving her business to a smaller facility in the area. She will be available for clinics and traveling to farms to teach. 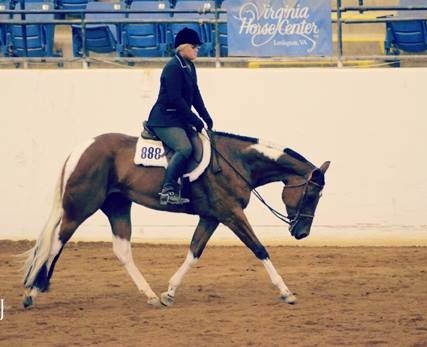 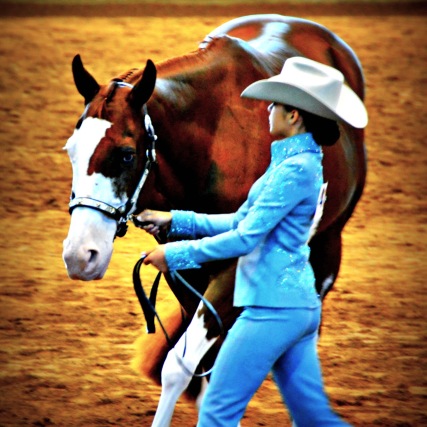 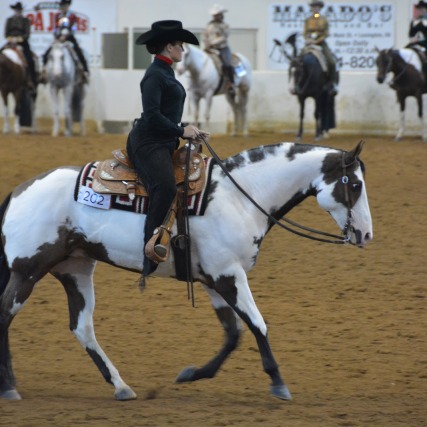 A new national championship is coming to the Virginia Horse Center.

Sponsored by the American Paint Horse Association, the APHA National Championships will each be four-judge shows offering APHA points and national championship titles. Qualifying is not required. The Western event will be held in Las Vegas in October. Exhibitors may compete at both championships.

“We are excited to present this new slate of shows for APHA members and provide more top-level competition opportunities for Paint lovers in different areas of the country,” Senior Director of APHA Events Holly Slaughter said. “Just like our APHA World Shows, our National Championships are designed to be exhibitor-friendly, fun and full of prizes; these shows are sure to be can’t-miss events of the year.”

The two national championships show are in addition to the APHA World Show, which will be held Sept. 16-29, 2019 in Fort Worth, Texas

From freestyle reining at All-American Quarter Horse Congress in Columbus, Ohio, to the World Equestrian Games to “Australia’s Got Talent” on television down under, Double Dan Horsemanship has become a household name in horsemanship. Dan James, half of Australian duo, will hold a clinic Sept. 28-29 at Dream Weaver Farm in Crockett, Virginia.

The clinic is $550 for two full days and a $50 deposit holds a spot. Please contact Dream Weaver Farm‘s owner/operator Lynn Decker if you’d like to participate.

Pistols blazing, Dan James took home the Congress trophy in freestyle reining in 2018 on his golden palomino Don Magnum. With his long mane flowing in the wind, Don Magnum showed he didn’t even need a rider to perform spectacular spins nor a bridle to slide into Congress glory. He was also the Congress freestyle champion in 2014. He has also won Road to the Horse

Born in Australia, James has traveled the world training horses, including working in Texas with cutting horse trainer Punk Carter. Dan has been working out of Taylor Made Farm in Nicholasville, Kentucky, since 2012.

Dream Weaver Farm, which is just minutes from the Interstates 77 and 81 interchange, hosts a variety of popular national clinicians throughout the year. This year’s lineup will also include:

While the first shows were held at the fairgrounds in Richmond, Virginia, 30 years ago the TRAV show moved  to Lexington and has grown to a two-day event. This show is one of three shows that has been held at horse center consecutively for 30 years. The show draws participants from therapeutic riding centers throughout Virginia, North Carolina and West Virginia.

The TRAV show includes equitation, dressage, trails and pole bending classes. There is a high-point award for each division and a prestigious show “therapy horse” award picked by the judges. This year an instructor’s division was added with one class for younger instructors and one for older instructors. Jenny Spain of Simple Changes won the younger division and Susan Hubbard of Riverwood won the older division.

As the show grows so do our exhibitors’ skills and additional classes challenging advanced riders are slated to be added in 2019.

TRAV was formed in 1986 as a non-profit organization “to foster equine-assisted activities by offering education and networking opportunities for operating centers and to raise public awareness of the benefits of these activities to individuals with disabilities.” TRAV maintains this mission by offering: